DUE TO THE CURRENT SHORTAGES AND SHIPPING DELAYS, PLEASE CALL OUR OFFICE TO GET REAL-TIME INVENTORY LEVELS AND SHIPPING SCHEDULES.

What is UCaaS? Unified Communications as a Service explained

The platform that integrates communication in businesses

Busy professionals, along with everyone else, use their smartphones to communicate in many ways, such as carrier-based voice calls, text messages, instant messages such as Telegram, dedicated communication channels, such as Slack, and multiple email accounts including the one that only gets checked once a week.

The problem is that with so many disparate platforms, and potentially multiple accounts on each one, all of this communication gets significantly fragmented. Enter UCaaS, which stands for Unified Communications as a Service, which integrates this communication through a cloud model, as well as integrating with cloud-based software applications.

What caused communications to become unified?

For a long time, a company’s electronic communications consisted of two main parts: phones and later on, email with the rise of the Internet. The work of both of these business communication giants worked for most businesses and was contained in a single building or company - on-premise. The communication needs of today’s businesses have changed but the his approach hasn’t and won’t disappear due to certain security requirements in some industries.

At some point, communication channels increased and became more varied and the wider communicative sharing became, the more difficult it became to synchronize everything within a single company. The third giant – instant messaging – grew tremendously from the late 1990s onward, when a small Israeli-based team made the ICQ distributive publicly available. Since it took off, e-mail, calls, video conferencing, group chats, etc. made it possible for everyone to communicate remotely with little centralization so there was no ability to see, control, collect, and analyze everything in one place.

On this basis, the concept of UCaaS appeared. We take calls, chats, and videos and unite them into one service, which means that instead of businesses having to purchase these separate services from ten different providers, they can now use a single provider for all services. The UCaaS concept has worked particularly well in the development of “cloud systems.”

How does UcaaS work?

UCaaS is a variant of the “as a service” model of cloud computing, such as the popular Software as a Service, better known as SaaS. UCaaS through the cloud simplifies the deployment, as a large in-house IT team is not needed, as the support is on the backend for a monthly service fee to the provider.

UCaaS offers the opportunity to integrate multiple communication methods through a single cloud provider, including enterprise messaging, telephone communication, and video conferencing, which facilitates team communication. This can then be integrated into call center services, such as call routing, and call centers, with additional functionality when combined with contact management software.

There is great opportunity for businesses to offer better interaction with their customers. While a decade ago, all business communication was pretty much via phone, there has been a significant rise in text message interaction, for example, with a 2015 survey finding that 80% of employees are using text messages for business purposes. However, only 14% of businesses are currently communicating with their customers via texts, even though many customers would prefer this method of communication.

As many folks tend to pay more attention to texts- and respond to them faster than they do emails or other methods, some businesses are trending towards more text interaction, spawning multiple opportunities, which UCaaS fosters. For example, some call centers, which traditionally interacted over voice only, have now adopted text messaging interaction with customers, with the promise of faster support and higher customer engagement, at a lower cost.

UCaaS divides into two types: single-tenancy and multi-tenancy. In the single-tenancy design (also known as multi-instance), there is a customized software platform that connects to the on-premises applications. While this is the more expensive solution, it offers a higher level of security in general, as each customer’s data is kept separate, and downtime for another customer does not affect other customers. Another downside for single-tenancy UCaaS is that upgrade costs are paid by the customer due to the need for custom software.

The other type of UCaaS is multi-tenancy, where the software gets hosted in the cloud at the UCaaS provider data center, and not locally. In a multi-tenancy setup, all the customers of the UCaaS share a single software platform. This offers multiple advantages, including higher reliability, a lower cost, and the ability to offer more support, including provisioning of software upgrades. The disadvantage of multi-tenancy, compared to the single-tenancy model, is that it offers fewer options for customization.

In between the two extremes of single-tenancy, and multi-tenancy sits the middle ground of a hybrid approach. This is a viable choice in situations where the company has the need to keep their sensitive data more secure in a single-tenancy environment, while still taking advantage of a multi-tenancy setup, or while they transition away from existing legacy communication platforms which are still used in their enterprise.

UCaaS in the workplace

Another driver for the adoption of UCaaS has been the shift away from traditional phone systems. Many enterprises use PBX systems (private branch exchange), which allow multiple users to share a limited number of outside phone lines via a system that gives each user, including devices such as fax machines, an extension, thereby saving money rather than having an individual dedicated phone line for each. There are additional savings with internal phone calls between users. However, with a PBX, the corporation has to purchase the PBX hardware, with acquisition prices in the thousands, and then be responsible for supporting it in house.

The more modern solution replacing the PBX is the UCaaS, which gets denoted as a Business VoIP (Voice over Internet Protocol), also known as a Cloud PBX (although some argue that Business VoIP and Cloud PBX are not synonymous, these days the offerings are so similar that the line between them has essentially blurred).

In this setup, all the phones connect only through the internet, with no direct wiring between them. The company outsources all the maintenance and software to the Business VoIP provider.  This enables the features of the traditional PBX as older systems, such as having multiple users able to share a limited number of lines and internal calling between extensions.

However, being cloud-based enables additional functionality, including enabling a direct phone number, group intercom paging, voicemail to email, and internet faxing. Equally important, it also enables integration with popular business platforms, including Skype for Business, Zendesk, Salesforce, and Outlook; the last integration allows a user to be able to make a phone call from right within the body of the email.

An example of a UCaaS provider is the RingCentral Office offering, which delivers unified communications with “Enterprise VoIP capabilities.” It offers a gaggle of features, including local, international and toll-free numbers, an auto-receptionist, music on hold, call monitoring, hot desking, call reports, internet fax, and user templates via their hosted PBX service, as well as mobile capability via available iOS and Android apps.

There are plenty of call management features also, such as call flip, call park, call screening, call logs, message alerts, and missed-call notifications. It also has a modern take on voicemail with options including greetings, visual voicemail, and voicemail to email. Business SMS is also included, with the ability to send and receive texts and multimedia messages from the business number, via a smartphone, tablet or even a desktop computer.

The RingCentral Office also connects to other cloud applications, for example, Box.com, Desk.com, Dropbox, Google, Microsoft, Okta, Oracle Sales Cloud, Salesforce, ServiceNow and Zendesk for further unification. Plans start at $19.99 per user per month for the Essentials plan when paid annually, which supports up to 10 users, and has 24/7 customer support.

When will my business need UCaaS implementation?

The initial stages of business development, such as small start-ups, don’t need UCaaS. It is not intended for small teams or companies but for larger ones that need more control over communications regulations and procedures. When your office is not big, everybody can communicate via mainstream services. For example, when you communicate on Telegram with text and voice, it is a form of UCaaS. The situation is the same with Slack and the Google Suite.

In large companies, Unified Communications means not only chatting and exchanging information with the outer world (this is the integration – mailing, calendars, and conferences – all in a single environment); it is also about users’ provisioning and administering, and supervising and overseeing. For example, in Slack you cannot open the admin panel and see each user’s information about logging in, calls, or emails. This level of control is not necessary for small teams; however, it is a serious issue for an enterprise-scale company. They are eager to use a single tool that makes it possible to supervise users. Inside, UCaaS-solution meetings and video conferences are appointed. If a “guest” needs access to a conference call, he/she will be given a relevant guest account.

The implementation of UCaaS is also a question of budgeting, now that such solutions don’t cost too much but it is still important to consider the needs and desires of the company at hand. For example, many “traditional” businesses need the Internet but phone calls are more important to communicate with clients. They can rely on  Slack, Messenger, Hangouts, as it is sufficient for a smaller team. The question of consolidation and centralization only comes after a business grows and needs more processes and regulations in place.

If I have a mid-sized business, what is the benefit of Unified Communications?

It’s obvious, the sales. It will be possible to identify who called, where they called, and what they said and were told. This is very important data for businesses that rely on sales as it allows them to pinpoint growth strategies as well as pitfalls.

In fact, almost every department benefits from UCaaS because modern communication takes on different forms and for business that use cloud-based platforms, that UCaaS analytical data is available not just to a few people but to an entire team or department. 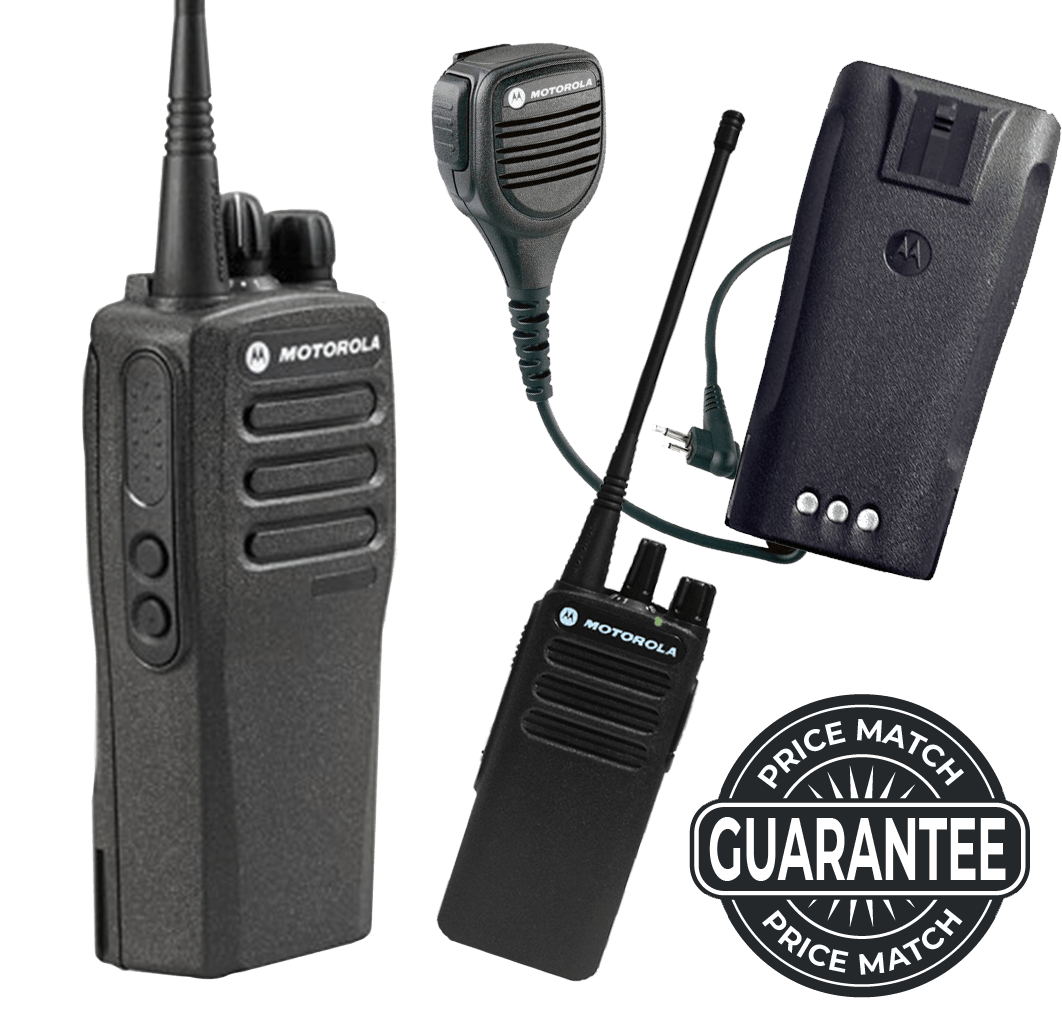